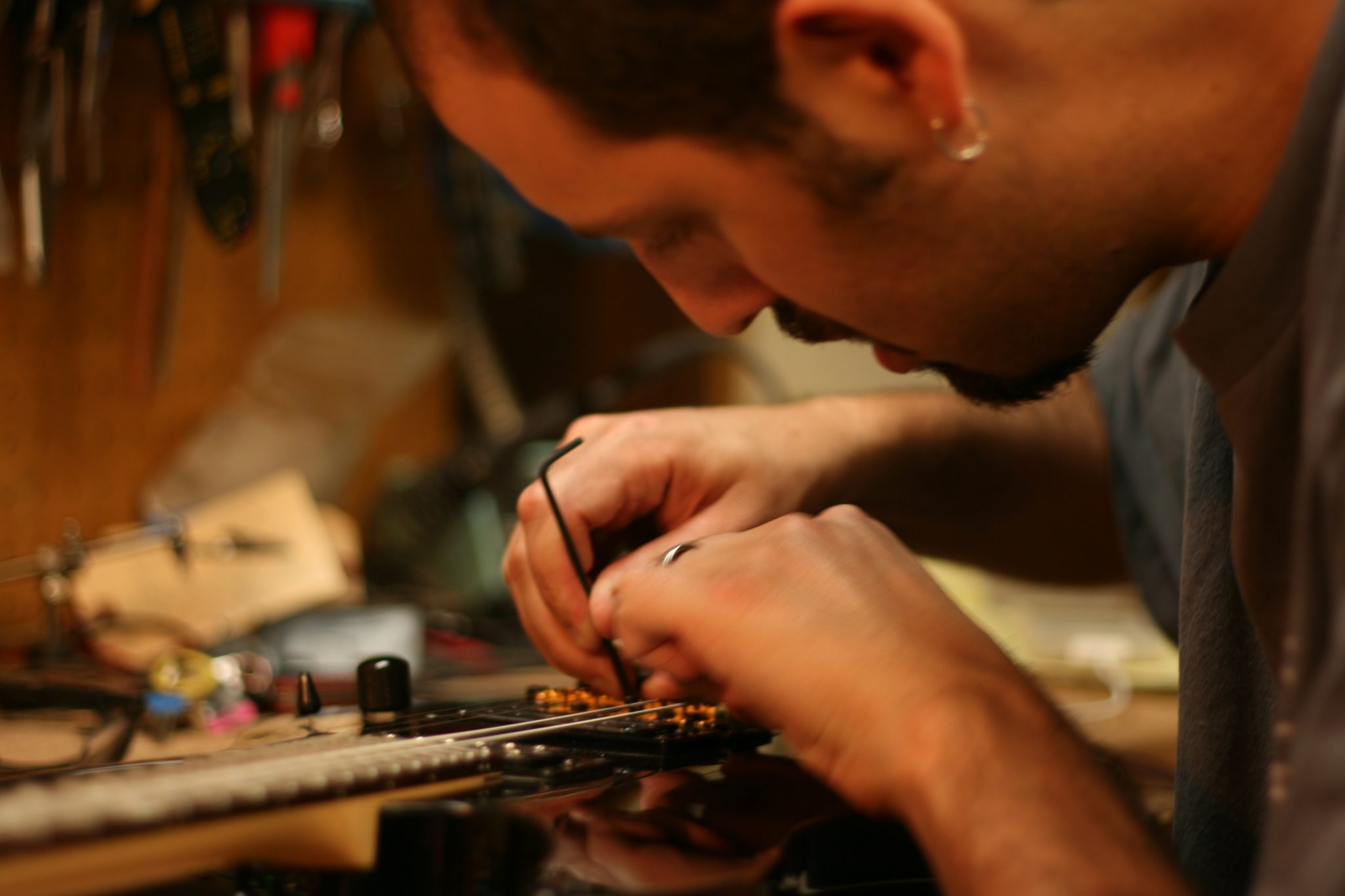 Avi (Avishay) Shabat is a professional luthier and guitar technician based in Los Angeles, California.

Shortly after graduating from the Algranati School of Luthierie, Avi moved to L.A. and began apprenticing for a few local guitar repair shops.

In the year 2008 he started working for Lance Lerman, who started a boutique guitar company—LSL Instruments.

Since Avi joined LSL the company has built and sold more than 900 guitars worldwide to top artists, including John Shanks, producer of Van Halen, Bon Jovi,

Avi’s intuition and passion are felt when you play a guitar he has built or set up.

His expertise as a live-show guitar technician has given him the insight of what a working guitarist needs to attain optimal performance from his instrument.

Avi’s devotion to his craft resonates in the integrity and pride he brings to his own workshop.

He is committed to achieving the best sound and playability for every instrument he touches.

Call the shop to get directions.